I was an usual housewife who did regular cooking ,but god had other plans as always ..I took part in ancient cooking contest in which chef jacob supposed to come as judge,I did a lot of research work both in practical and theoretical methods on ancient cooking..A clue for many ancient ingredients were unknown..With my peanut size of brain,i won the contest...One of recipe i used is given by chef jacob -Ancient biryani(link here)...

Whenever i met him for past 3 years,as everyone says he is down to earth person and for me he is "A man lived with  for his own dreams.."I wish he lived longer and longer and still couldnt believe his sudden demise..it is sure a huge loss for south indian culinary field..He worked as consultant chef in many restaurants like Rassa ,Crimson chakka,Soul Curry ,Alapenos,Season and also in ISKCON..He also cooked in many gathering for 1000's of people.... He never carried a dish to fascinate the customers..the Rassa ,by krishna sweets carried a basic and simple menu ,the food made with minimal ingredients as per ancient culture..When people needs the food entertained from around the world ,he is the one who brought back most popular dishes from southern most tamilnadu and cooked all his dishes with local ingredients...He worked for years togYether i research of ancient cooking and also emphasized the same in his own restaurant..His JACOB kitchen served five desserts which is purely found more than a century ago-The amirtha vadai/sweet vadai, kambu halwa,elaneer payasam and  mettukudi pudding..

The readers and chef jacob fans requested to share pictures of jacob.... 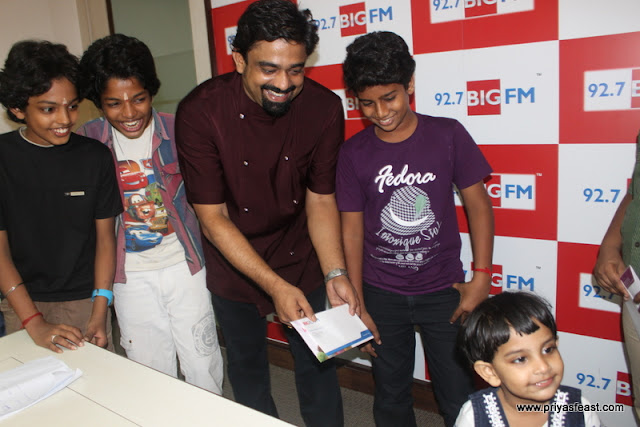 When my child pranked with him.. 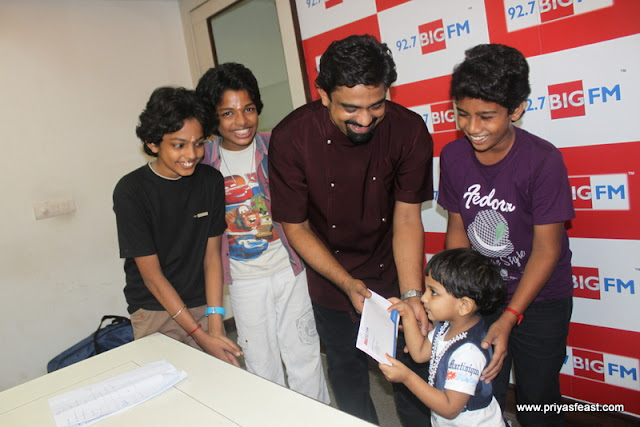 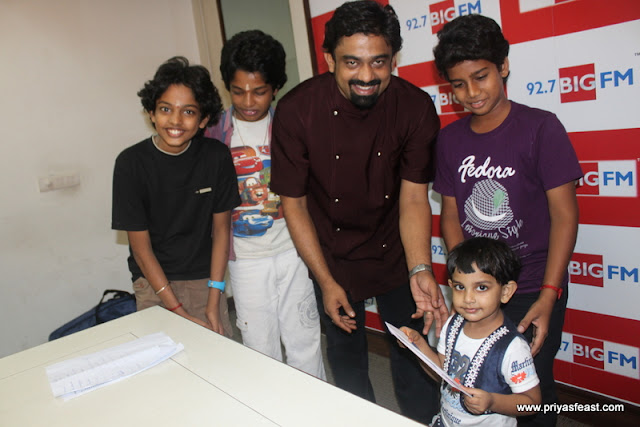 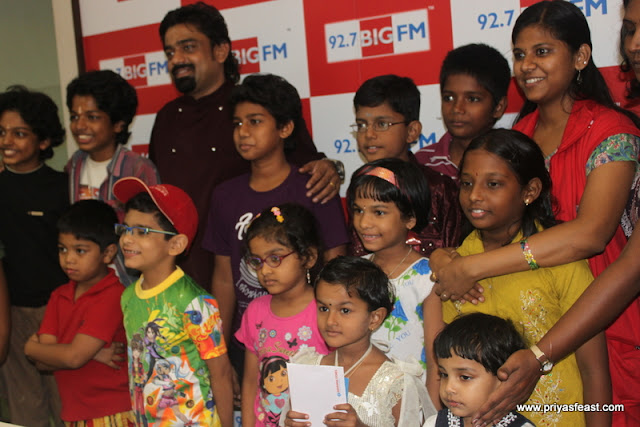 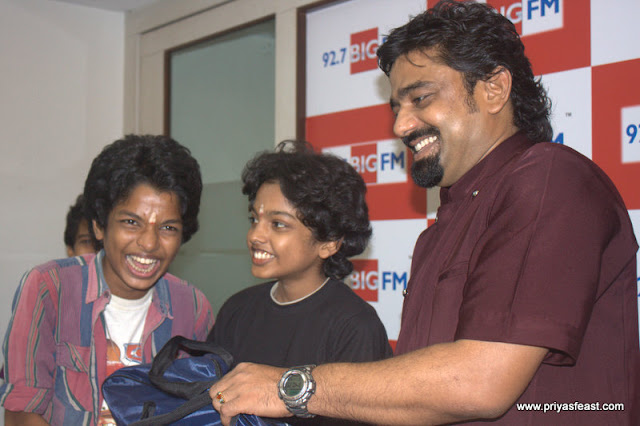 Chef Jacob ,during his restaurant review of Jacob's Kichen by ChennaiFoodGuide facebook group 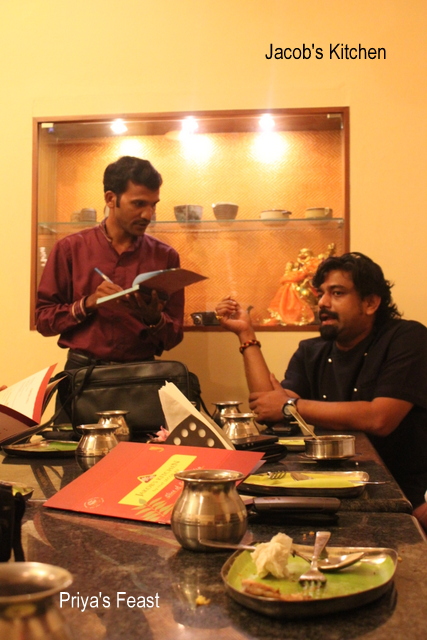 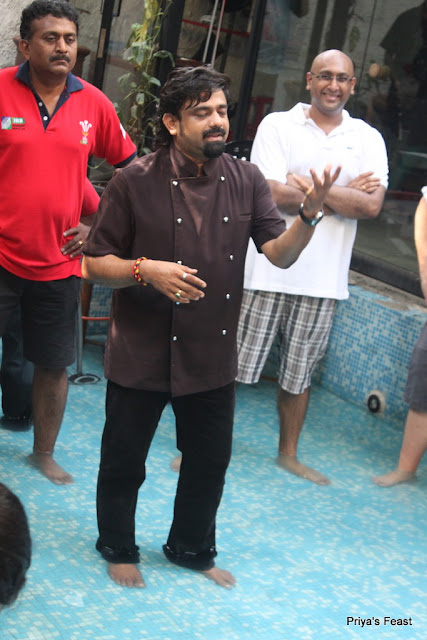 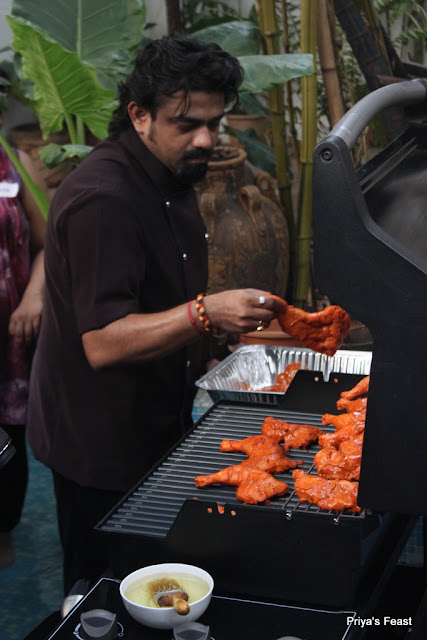 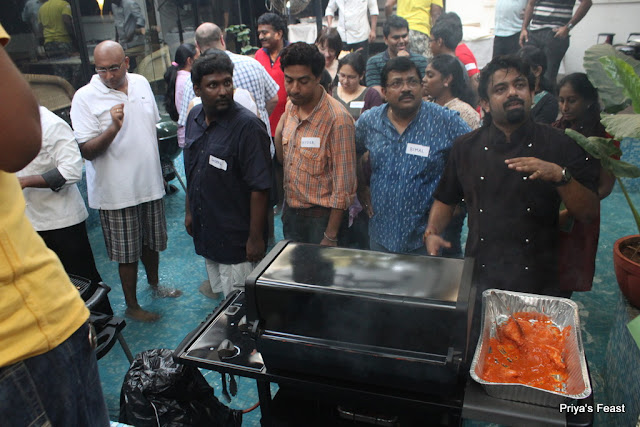 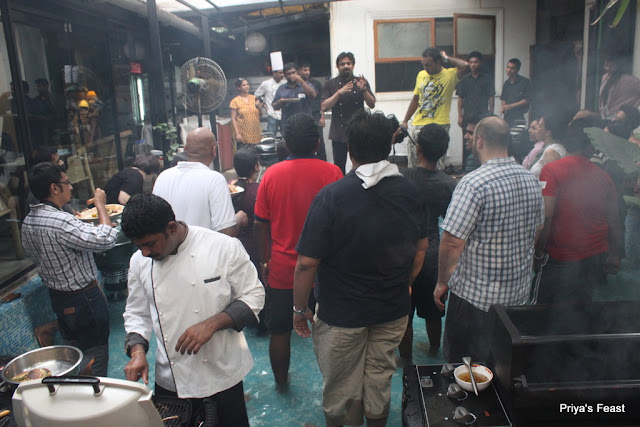 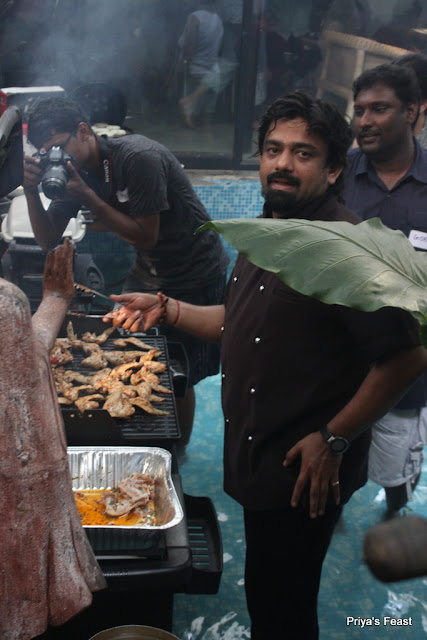 and at last i met him in ChennaiFoodGuid group 8th Anniversary,Sep,2012

During the last meet,I made him to speak with my husband who is actually fond of his food(Jacob's kitchen) who visited more than me... Chef questioned me back,atleast thrice( i remember) Ain't u coming there..I was in discomfort and went speechless...At last,i called him last week to convey a message his late mother is on tv..It was the sunday i made dough for adirasam and....... 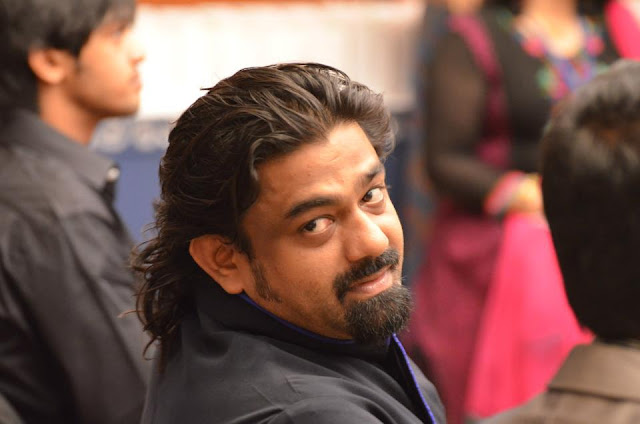 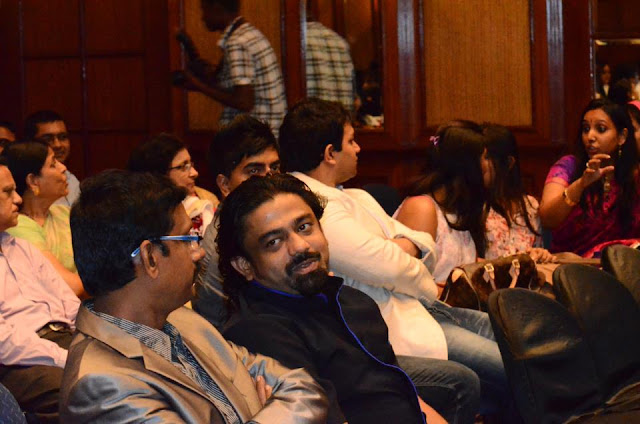 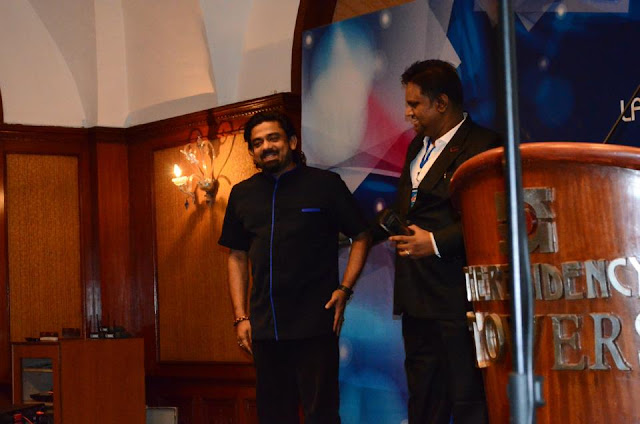 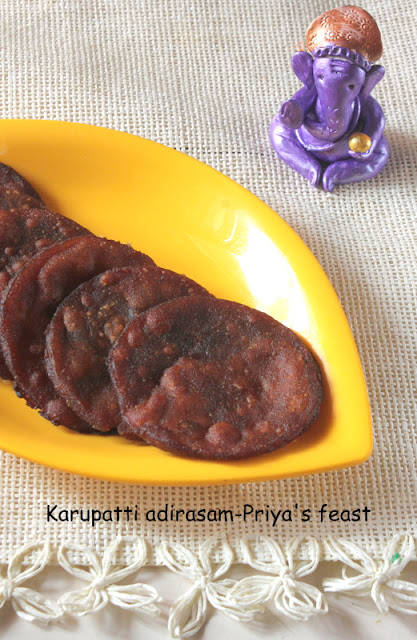 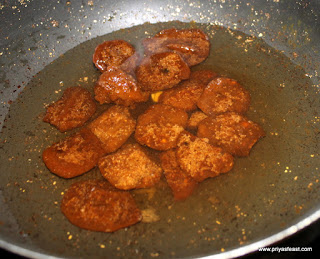 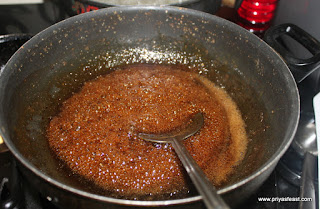 1.Boil a cup of water and add karupatti ,allow it to melt
2.Strain the water and reheat the strup until it turns thick consistency 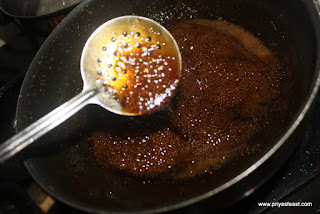 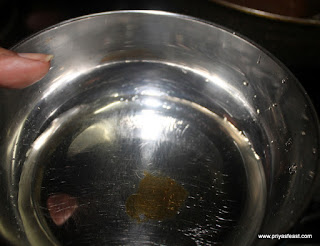 When syrup added in water it shoudnt melt away
3.Mix the flour with the syrup and  the 1/3 cup of oil 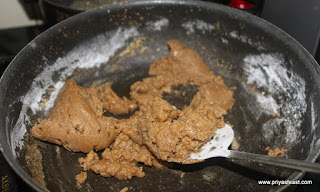 4.Stir without a pause to form a thick dough
5.Store the dough in fridge and can be used sooner or later 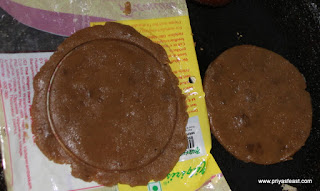 6.Grease a plantain leaf or a sheet,spread the dough with applying oil in hands ,
use a lid to make a round shape 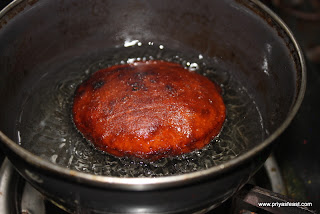 7.Lift the dough and deep fry in low flame until oil stops sizzling 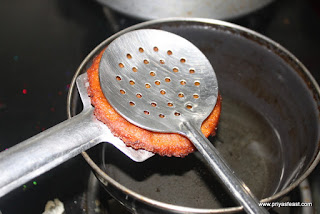 8.Use 2 laddles and press the 2 sides of adirasam to release excess oil

As it named adirasam,Its an perfect indulge with amazing taste(rasam) of rice and karuppatti...It is an apt substitute for jaggery method.

Notes
1.Leave the adirasam dough atleast a day ,and the longer the duration  the taste will be much better
and also with lesser in absorption of oil
2.Karupatti melts sooner and forms a thick consistency,so keep an eye while melting it 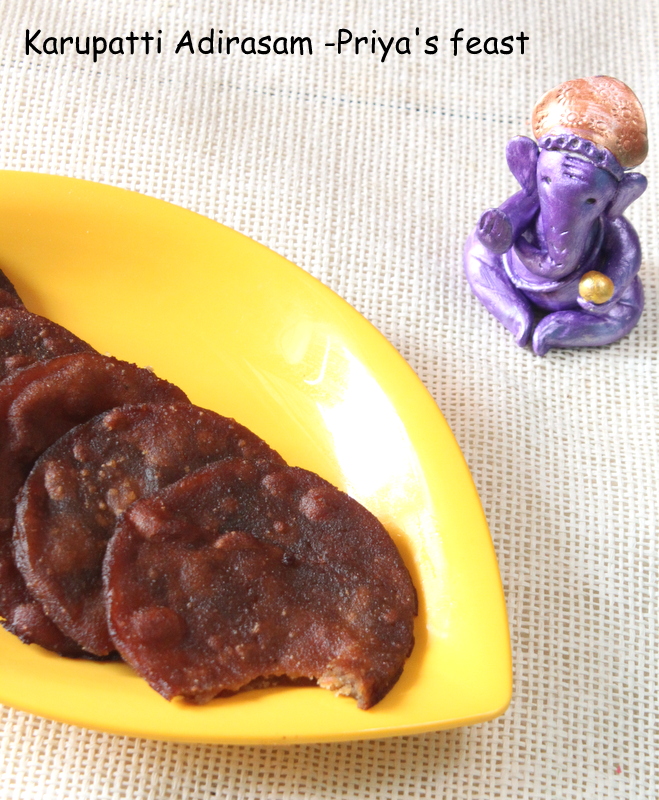