Recently I have been invited to review "The Crown" at Residency Towers..The Residency's Main Street is much familiar for its buffet.While Crown is the roof top restaurant (200 feet from ground level)with the alfreso dining with a panoramic view of chennai with its high dome and plush seating.. 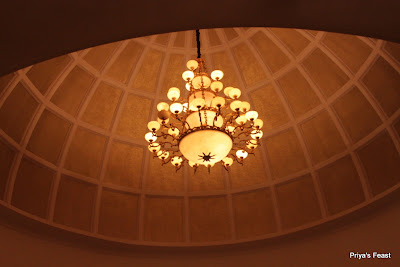 Alfresco states "in the fresh" or in the outing or air..Those who never been to one of the international italian restaurants,This place is woowish and amazingly designed with the pillars,center seating,talls windows around the hall and they also have the simple deck(dining out) with the infinite water fall.. 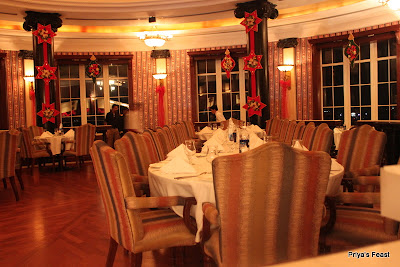 The royal suit can be the best for group dining 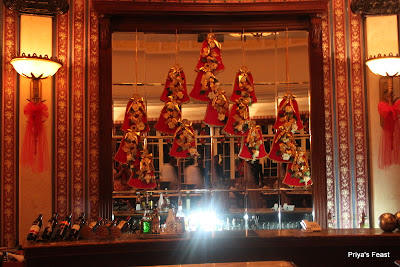 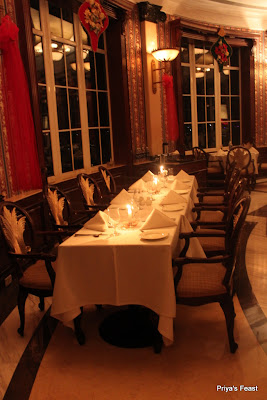 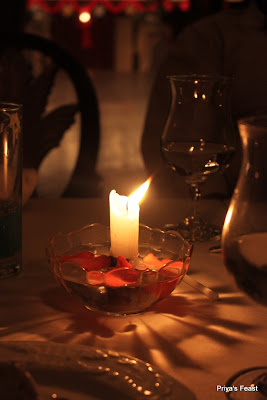 And the ambience is the best for unforgettable dining experiences.. 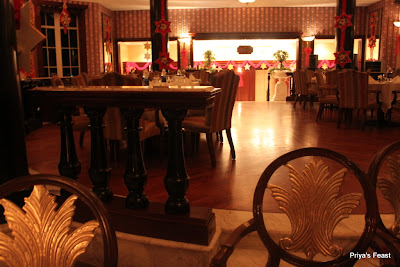 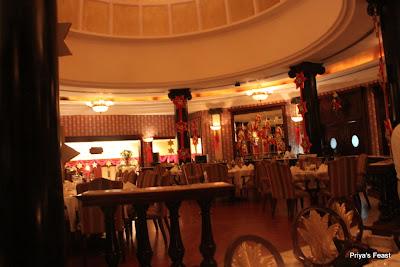 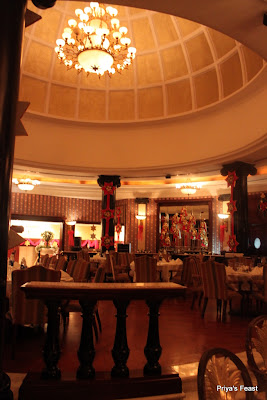 The place has a dice with pillars around it to make restaurant more appealing.. 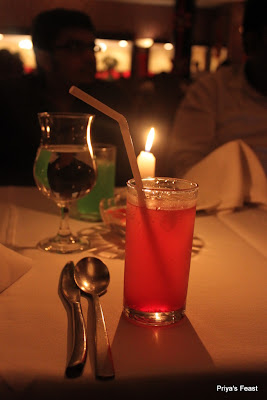 The welcome drink is just ok,there was nothing special on it..It is jus a flavoured soda.. 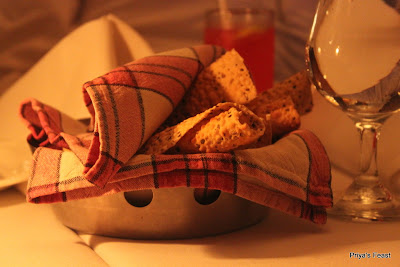 The pappad were too spicy to me...The wait for the starters were too long,and these pappads doesnt help me as well... 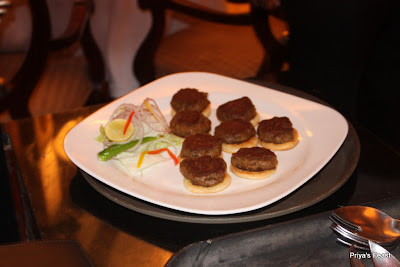 The galouti kebab served was the best,it literally melts in mouth with fine minced meat in the bed of yummy sweet naan/pastry....This is the first time,i tasted galouti kebab and i cant help myself stop munching them 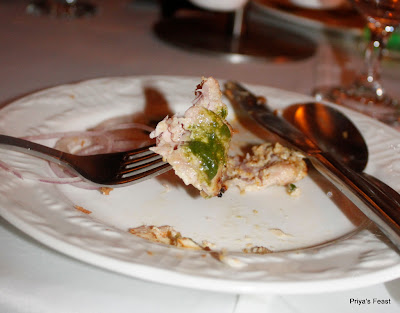 The chicken and fish kebab was with mild flavour of spices,tasted good too

Two veg Starters were served,i guess the first one was veg sheek kebab and second one was paneer...both were good too.. 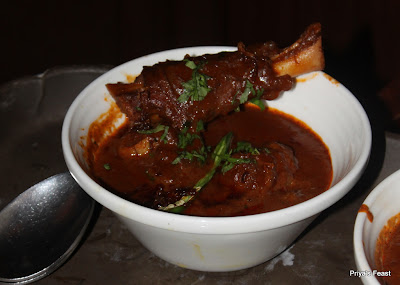 The mutton rohan gosh was served with soft naans,but the gravy didnt score well...The chef said he doesnt like using tomatoes in rohan gosh,but definitely i do.The gravy was tasted like mughlai dish,since the brown onions flavour was over powering... 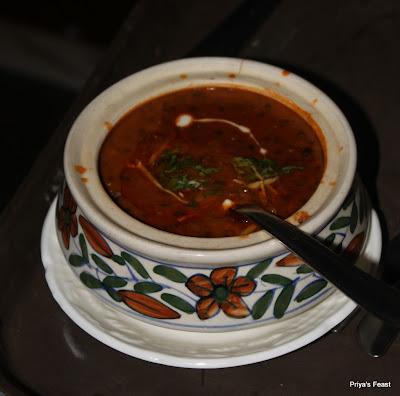 This beautiful gravy was served with naans called Dal Mahkani...I am ashamed i am not big fan of dal makhani, until i tasted this!!!...The chef explained how it is made with slow cooking it for more than 24 hours,and of course how the makhani (butter) is generously used
It was creamy and yummmy! 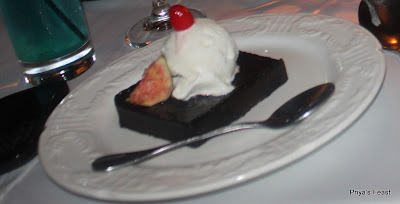 The chocolate mud pie was good with the texture,but i cudnt taste more than 3 spoons...I guess the chocolate is over cooked..And few desi sweets were served which was fair to taste...

The food will be the best ,if the dishes are well choosen and the service must be improved (they must visit courtyard by marriott or burgundy on it) ....The ambiance was pretty good for romantic dining and chilling out with the group of  friends....

They can serve unlimited nonveg kebab,naan and a gravy of ur choice @ Rs 789/...