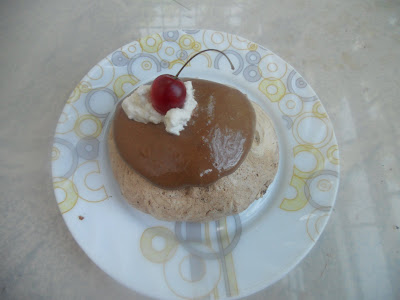 This month,pavlovas was not tough for me..But still an excitement whether it works or not.....My day life keeps me busy,i always opt to work and bake at late nights...And,again i have to get up early in the morning to do the cooking...I made it at nick of the time...

According to Wikipedia, Pavlova is a meringue-based dessert named after the Russian ballet dancer Anna pavlova Colloquially referred to as “pav”, it is a cake similar to meringue with a crispy crust and soft, light inner.  The dessert is believed to have been created to honour the dancer during or after one of her tours to Australia and New Zealand in the 1920s. Where it was created and the nationality of its creator has been a source of argument between the two nations for many years, but research indicates New Zealand as the source.


The June 2010 Daring Bakers’ challenge was hosted by Dawn of Doable and Delicious. Dawn challenged the Daring Bakers’ to make Chocolate Pavlovas and Chocolate Mascarpone Mousse. The challenge recipe is based on a recipe from the book Chocolate Epiphany by Francois Payard. 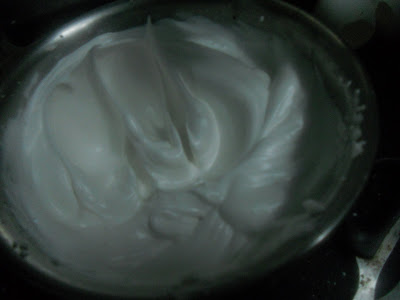 Just whip the egg white,gradually adding the half cup of granulated sugar and Quarter cup of castor sugar 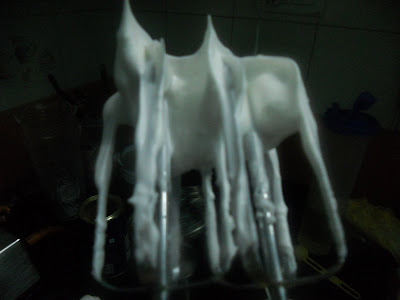 Whip it in low speed till u reach the peak 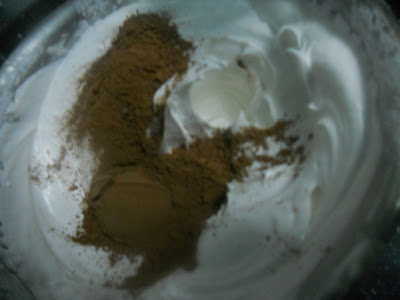 Add 1/3 cup of cocoa powder and Fold the cream 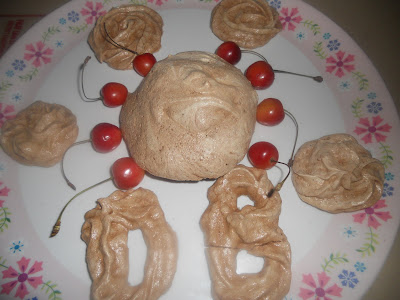 Pipe the cream and bake them at 100 C for 2-3 hrs
until it turns crispy ...I piped some like cookies,which baked quicker than bigger scoops.. 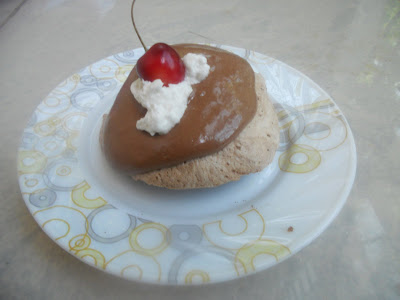 I thought it is macarons for last month DB challenge...But this time it is....The chocolate pavlovas tasted yummy....really cant have just one....

The mousse part ,i tried with homemade mascarpone cheese...I luv mousse which i tried here....
I couldnt over do the decoration beyond this....We enjoyed dipping the cherries in mousse and crispy pavlovas..